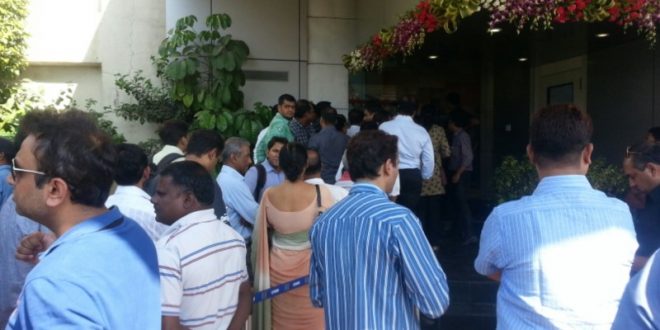 Crowd on booking day at Kalpataru Sunrise on Pre-Launch

Mumbai Property Exchange is promoted by Mr.Sandeep Sadh who has been in the real estate business since the year 1993 and has an experience in transacting in Residential Lease & Sale, Commercial Lease & Sale. The experience of transacting and having a practical approach at work in each segments of real estate has given Mumbai Property Exchange an edge over its competition.
@https://twitter.com/mumpropexchange
Previous Investing in Mumbai Needs Research
Next Andheri West – New Launches Coming