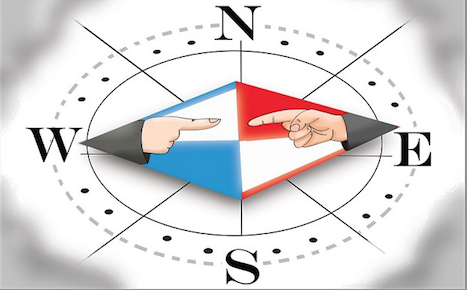 Western Suburbs in Mumbai – The belt especially from Andheri to Borivali has always been hogging the lime light in the real estate arena in Mumbai. This belt has seen the maximum amount of launches by Top Developers like Oberoi, Wadhwa, Omkar, Kalpataru, Sunteck, Kanakia, Acme, Ekta, Rustomjee, Sheth, Rahejas, Shapoorji Pallonji, Rajesh Life Spaces etc. and many other developers.

The connectivity between the S V Road / Link Road  and to the Highway has been the weakest in the entire Western Suburbs and thus the rates are different across in each Micro Location based on several factors.

Eastern Suburbs on the other hand has enjoyed the maximum infrastructure development in the recent years and a few other projects are making the Eastern Suburbs glitter more suddenly and a lot of investors who are keen to investing in Eastern Suburbs are going for the investments as they find value propositions in the same.

e. Ferry from Malad to Bandra

It will be interesting to see going ahead how locations in Eastern Suburbs will further evolve and how Western Suburbs due to over population especially on the Western Side, will be able to have substantial price appreciation.

Mulund also fondly known as Prince of Suburbs is in for a great activity in coming days. With Oberoi Realty, Runwal and Nirmal Lifestyle now getting a clean chit from the Supreme Court to go ahead and develop their respective properties, which earlier fell in the Forest Zone.

Mulund as a micro market has a lot to gain with this as a lot of people like to reside in the city limits of Mumbai and there is a virtually a very short distance between Mulund and Thane.

The most important thing which all these lands offer is the Greenery around the location and the very fact it is closer to the hills it offers scenic views which are not found otherwise in most of the suburbs across Mumbai.

With property prices in Mulund scaling above 11000 mark, it will be interesting to see the kind of mix of configurations the developers come out with and how quickly who will launch will be the biggest beneficiary as the absorption levels in Mulund may be quiet less compared to a Borivali or Thane because it is tucked away in one corner.

Also, the infrastructure impact in Mulund is limited and the only one road which has yet to make in roads is the Mulund Goregaon Link Road. Once the same is done, then there could be a great convergence as the Western Suburbs will then connect well with the Eastern Suburbs.